When a Type 1 person meets a Type 2 person, this is typically how the conversation would go.

Type 1 person: Bitcoin is doing great, I’m so glad I bought some. One of my best investments.

Type 1 person: So at what price do you think you’re gonna sell at? 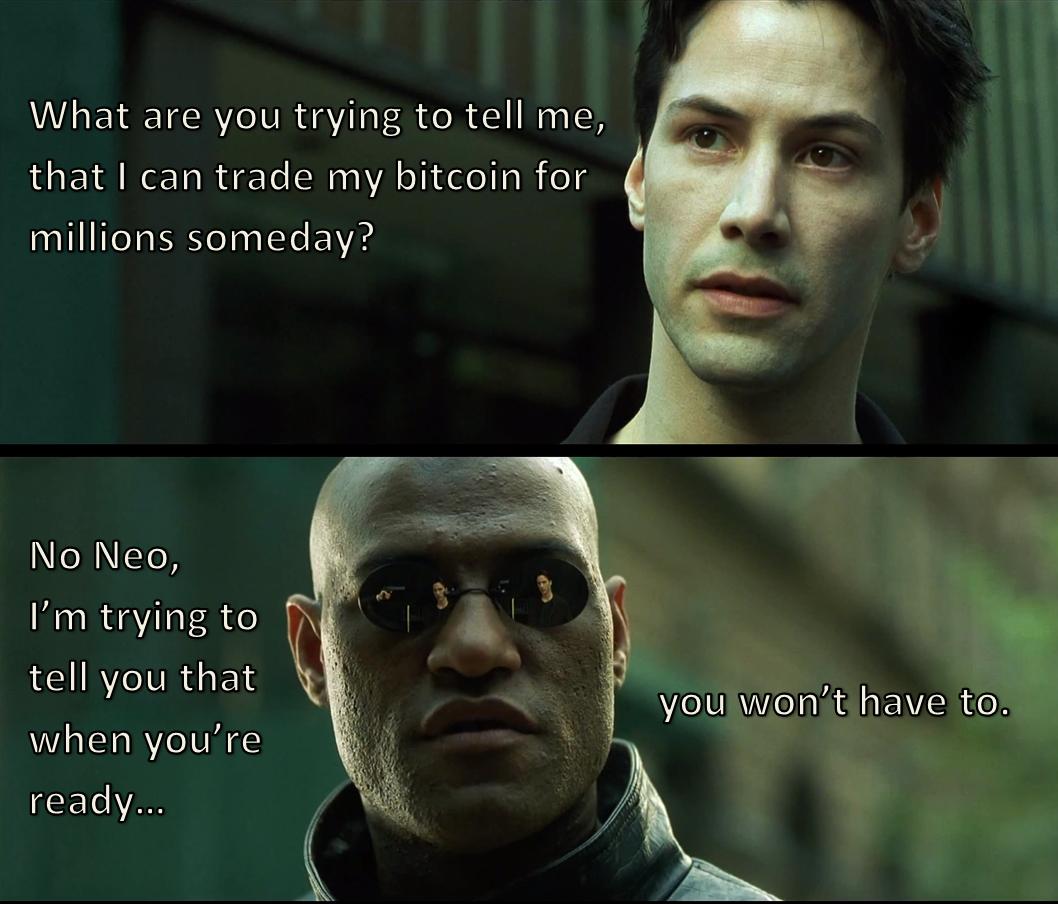 In the years 2010-2016, Type 1 investors typically got so destroyed in comparison to the performance of Type 2 that another label for these types quickly got adopted: “weak” vs “strong hands”. With the altcoin onslaught of 2017, I expect the distinction between weak and strong hands is about to retire in favor of a new categorization:

In the future, assuming cryptocurrencies as a whole continue to flourish, we can imagine the cryptocurrency market going three different ways.

Scenario A: Bitcoin re-establishes itself as the king of crypto, succeeding in capturing the SoV (store-of-value) and the MoE (medium-of-exchange) market. All functionalities and attributes of its competitors are re-implemented through bitcoin features such as sidechain/drivechains and second-layer technologies. This view is known as bitcoin maximalism. Different altcoins come and go but fail to become relevant through lack of network effect, and those who staked too much on the success of the up-and-comers of today see their fortunes wither.

Scenario B: The dust never truly settles on the cryptocurrency battlefield. Different cryptocurrencies continue to emerge and fill different needs in harmony with each other. Protocols like Interledger tie the cryptocurrency landscape together via atomic swaps, allowing for a seamless experience of the multi-cryptocurrency world. While this scenario is interesting and plausible, it fragments both the liquidity and the security of cryptocurrencies as a whole. Depending on how marginalized bitcoin becomes in this scenario, the yearly performance of those who diversified with the right aptitude for spotting innovation will leave the bitcoin maximalists in the dust.

Scenario C: The bitcoin maximalist approach to protocol development and the politics surrounding it results in bitcoin eventually falling behind competing projects. Bitcoin maximalists become financially ruined. There may be some respite in this scenario where the maximalists survive to the altcoin domain through airdrops and forks, unless they liquidate all their crypto-dividends in favor for more bitcoin (which some do).

So, where are we heading currently?

Between 2009 and March 2017, bitcoin’s share of the cryptocurrency market never once dropped below 73% (known as “bitcoin dominance”). On this day one year ago (March 3, 2017) it was still 85%. Although dominance metrics are a controversial topic because market capitalization easily inflates, the figure still serves to indicate the valuations at which people are currently pricing things at.

In retrospect, it seems crazy how fast the market has changed. To think that just about 1.5 years ago, bitcoin at $10,000 was described as “magical and mythical“, and today, that same price borders on being considered cheap because we hit almost $20,000 in December. In a similar way, bitcoin dominance breaking above 40% is considered high now just because we were at 32% 2 months ago, even though it’s catastrophically low when we zoom out. We tend to mentally anchor ourselves in previous states, and we use those anchors as reference points when determining if something is high or low. One interesting way to look at the bitcoin dominance metric in a way that ignores the scaling debate is to look at it from a historical macro-perspective.

The simple explanation here is that altcoins rally tremendously during bull trends, but dip even worse during bear trends. But in 2017, the altcoin bull trend was further amplified by 3 important factors:

So, we’re heading towards Scenario B/C?

Despite graphs and numbers, there is one much more important thing to keep in mind when it comes to cryptocurrency investing, and that is all current valuations are mostly a result of pure speculation. The market is currently just a reflection of everyone’s guesses in aggregate.

I often get questions along the lines of “Thinking about picking up some Litecoin, it seems like a pretty good buy at $200?”. The reason is most often because Litecoin has been $350 previously and is therefore now cheap in relative terms. In my opinion, the fact that Litecoin has been $350 doesn’t matter at all; the thing that should matter if you are considering an investment in Litecoin is whether you see Scenario A, B or C as the most likely future for the cryptocurrency space as a whole.

I’d like to suggest that the investment information you are looking for is not anywhere to be found in the charts. Rather, it’s in one’s ability to understand and visualize the future of this market.

What kind of investor are you? Let us know in the comment section below!