In this editorial I aim to contend that the physical properties in gold are the same found in the digital properties of Bitcoin. That both are “social contracts” or spoken and unspoken agreements between humans, which can be considered intellectual property as well.

Bitcoin and gold revolve around their usefulness and this is an indirect result of their demand. Consensus in computer science and mathematical equations are a reality. Just as the reality of time and physical space equations. Computational distributed consensus can also be related or an analogy to the biological genetic process. All of this is held between a social contract of consensus of humans to agree and disagree upon.

For thousands of year gold has been a commodity for the human race.  Its only significance in ancient times was its value in making pretty things, and you could make coins with it and trade as well. For many years chemical equations of the physical reality we know as ‘gold’ cannot be copied. Or at least to the point where it would take massive amounts of power and energy to recreate. Just like the Bitcoin network it would take large amounts of wealth and extensive energy to recreate a Bitcoin or double spends. Gold can be recreated, it is a complicated process which requires nuclear power to make even the smallest fractions of gold. Gold is based off the subjective valuations of the human race. Cryptographic hash is no different than the physical and chemical relations of gold. The trust we put into them, is based off the belief that they are scarce. This is a spoken and unspoken agreement among the people of this earth. 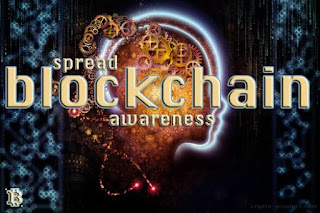 Bitcoins have more in common with gold than fiat. Bitcoin meets all five qualities of sound money: it’s durable, scarce, has a trusted value and network effect, it’s highly divisible, and is portable. Bitcoins mathematical equations are agreed upon by the network and outsiders. Like most computational consensus networks, it is the trust is in the system’s reliability to thwart faulty processes.Bitcoin does this and achieves it through ‘Proof of Work’ a measure in economics to deny service attacks.The belief is that we trust the network, its mathematical equations and dynamic network consensus subjectively. We all agree and trust in the encryption itself just as we do with the chemical properties of gold and its physical space.“There is no value outside the process of valuations” Mises once said. As of now there is no conventional method of computing that can break the digital properties of Bitcoin. This is a subjective valuation of humans brought upon by demonstrated preference. The mathematical equations of Bitcoin hold the same reference to the physical properties of gold and its objectivity concerning reality. Subjectively subscriptions must be made by individual perceptions. However, this can be confusing as the ends or the rules of the game are often mixed with the means and physical givens. Again, both Bitcoin and gold lie in the latter not the former, and point of reference is demonstrated preference.Encryption has always been one of the many concepts humanities have used as a form of value. In cryptography, encryption is the process of encoding and decoding messages or numbers. The earliest known ciphers were written in hieroglyphs. In time infamous forms of encryption, such the “Caesar Cipher” came into use in ancient days. Giving the value of encryption, this subscription humans use is no different than gold or its matter of age. The value can be regressed just as far as gold can. The use of mono-alphabetic ciphers were used often and trusted by humans until the late sixties and seventies when computational encryption came into effect. Alice and Bob were born into this world adding more depth into cryptography and game theory. Public and private key cryptography have been given even more extreme value by humans with a class or identification of asymmetric mathematical equations used by the public daily.

So what really is the difference between Gold and Bitcoin in physical and intellectual space? You know our human subjective valuations. If the Bitcoin’s can be contained in a form of property or held in a device mathematically, then they are indeed property. Although this is only a social contract or agreement between the owners of such property with its users, miners, and coders in the network. Also between non users of the network. That the coins can be held as property and cannot be reforged in a different fashion. The same goes for the physical aspects of gold and its aspects in alchemy. The network or world, including outside forces are unable to break the “social contract” or “trust” just as the physical elements of gold or certain metals cannot be copied by a human/alchemist.

We already know that certain ‘fakes’ and real gold can be made. But it doesn’t meet the world’s criteria to fit the exact same mathematical and ‘physical chemical’ elements that make up mined gold. Otherwise we could all make shiny metals or we could all claim ownership to private keys in, which would manifest as the same as the next person. Unfortunately, we cannot. No one here has the necessary quantum computer power to break my mathematical SHA256 public/private key equation. No one can divide my Bitcoin. Not one person can claim ownership to my keys, how I store them in my brain, transfer them to hardware, or paper. Maybe I would hide them forever, so not one person could ever find these keys again. Until they do attain this power whether they attain it through code or through magic/alchemy it’s is my property both physically and intellectually. Both mutually exclusive for the time being. 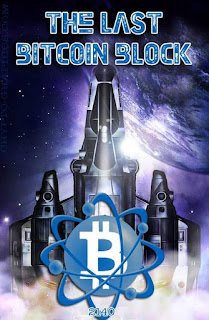 How is gold any more or less tangible than a contract of chemical elements humans have composed in books or on paper? It’s a contract that cannot be broken unless the network or outside forces who oppose the network break the spoken and unspoken agreement. Same goes for gold. Gold is a “social contract” written on paper that cannot be copied or manifested differently. The physical elements of gold and its chemical makeup is a “white paper” for the whole world to agree to. These elements, thus far in our world have not been broken. The words written on the paper cannot be conflicted, with both Bitcoin and the physical elements of gold. If I were to create a fake gold with one chemical element missing from the equation, anyone could contest this with their peers over the difference. Otherwise, what’s the use? It’s a soft yellow metal that can be copied physically and can be tangible in the same way.

This “fools gold” can be made right now. But it doesn’t meet the “white paper” on the physical and chemical elements that make up gold.

There is no difference between gold and Bitcoin in this fashion. It is agreed upon by its inherent demand and its value. Otherwise, it would not have demand or value properties among humans.

What do you think about the similarities and properties between Gold and Bitcoin. Let us know in the comments below.