In the beautiful city of Rotterdam, Netherlands an event is taking place September 26 called “ReInvent Money”. Hosted by organizer Paul Buitink the host of debitcoin.org podcast and web show the conference will be based around FinTech, cryptocurrency, money, and its surrounding subjects. It will also encompass these subjects from a very philosophical and ethical discussion.

“It’s important that people get to see the different angles and then go out and build solutions. I’m very much a free market guy and want to see thousands of flowers blossom.”

Many great guests are speaking at the event including RT hosts/journalists Max Keiser and Stacy Herbert. The conference held in the Netherlands will be English-spoken and have a great line up at a reasonable price. Discussions about the state of Europe, the euro and Greece will be told with solutions such as Bitcoin, distributed ledger technology and financial tech. An early bird special and student discounts will be readily available for the public, following the event guests are invited for drinks.

Giving our readers an inside look at what’s to come with the ReInvent Money conference Bitcoin.com got together with Buitink to have an in depth discussion about his show and this special event he’s holding in September.

Bitcoin.com: ReInvent Money is a successor to last year’s ‘Geld voor de toekomst’ event. Can you tell us a little about this upcoming event? 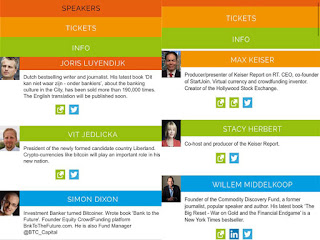 Paul Buitink: Through the rise of bitcoin, the ongoing financial crisis and more in general the possibility for people to inform themselves via the Internet, more of us have become interested in understanding money. The conference is about giving people the theories and tools to think of better money systems than we currently have.

“Just like last year we have a great line-up again with well-known RT journalists Max Keiser and Stacy Herbert.”

BC: Can you explain the title of the event ReInvent money?

PB: Different money systems have been invented over the past millennia. Already in Babylonia ledgers were used. And some people call bitcoin for example digital gold. Now it’s time to reinvent money, blending great theories from the past with modern technology.

BC: Can you tell me about some of the special guests and speakers coming to the conference? 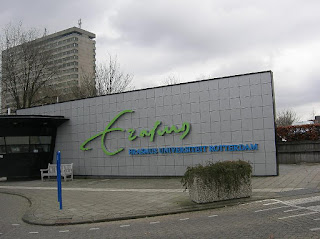 PB: Just like last year we have a great line-up again with well-known RT journalists Max Keiser and Stacy Herbert. Also will speak Simon Dixon, of bnktothefuture and Belgian professor Bernard Lietaer, who is famous for his theories on the monetary ecosystem. The president of Liberland will come too, Vit Jedlicka. Dutch journalists Joris Luyendijk, who wrote a book about the banking culture in London, and Willem Middelkoop will speak as well. For other speakers check reinvent.money. We will announce even more speakers the coming weeks.

BC: This event will be very much focused on FinTech, re-defining money and cryptocurrency is that correct?

PB: That is correct, but this conference goes even beyond FinTech. It’s very heavy on philosophy and ethics too, not just exploring new apps to make life in the existing financial system more convenient.

BC: Can you tell our readers about your event staff, organizers and sponsors?

PB: Staff will be myself and my family plus a great tech team to record everything with multiple cameras. And of course all the people working at the venue taking care of security, food and parking. I expect around 400 people to attend. Last year we had around 320 people. The event is unique because of its low price. Early Bird tickets, available until end of August, only cost 60 euro. Everything will be in English, so it’s worth going to also if you live abroad. We have a lot of guests from Belgium coming too. Our sponsors are great players in the Dutch ecosystem: https://bitonic.nl/, http://goudvergelijken.nl/ and https://www.goldrepublic.com/

BC: You host a podcast. Tell us a little about this? 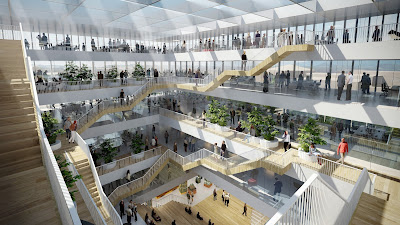 PB: Together with a few friends we host a podcast at debitcoin.org (youtube.com/debitcoin). We have weekly shows using Google Hangout On Air. We talk with luminaries from both the bitcoin as well as other alternative money spaces. Our latest episode with Andreas Antonopoulos was well received. The channel will be rebranded soon in order to reflect our new international and multidisciplinary approach.

“It’s very heavy on philosophy and ethics too, not just exploring new apps to make life in the existing financial system more convenient.”

BC: How do you feel about the current narrative of the Bitcoin ecosystem and how that’s going. Do you feel education and events like these are helpful to the ecosystem?

PB: I hope these events and the resulting video content will help people across the world understand the different approaches when it comes to money. Although being a big fan personally, bitcoin is just one of the solutions out there. It’s important that people get to see the different angles and then go out and build solutions. I’m very much a free market guy and want to see thousands of flowers blossom.What event will you be attending this year? Let us know in the comments below.