Everyone in the Bitcoin community knows Japan has been a hub of activity. The largest Bitcoin exchange, Mt.Gox, was stationed in Japan until it collapsed and its CEO, Mark Karpelès, was arrested. But not everything in Japan related to Bitcoin has been negative. Nor have these incidents stopped the growth of Bitcoin. The Land of the Rising Sun has indeed become the Land of the Rising Bitcoin.

Also read: Uber May be Losing Millions of Dollars — Could Bitcoin be a Game Changer for the Company? 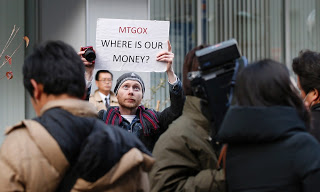 Japan now boasts a new and exciting currency exchange called Coincheck, which was founded back in November 2014. Coincheck is essentially a mixture of Bitpay and Circle. The exchange’s website is simple to navigate; Coincheck claims that customers can buy Bitcoin within 10 minutes, making the exchange very customer-oriented. Coincheck is also more competent and secure than Mt.Gox, especially since Gox exercised gross incompetence and mismanagement of customer funds.

Japan is also home to Roger Ver, the infamous Bitcoin Jesus. Ever since he escaped the evils of the American government and landed in Japan, he has worked hard to establish Bitcoin as a mainstream currency. Ver recently tweeted that a fancy nightclub in Tokyo called Berg and West started accepting Bitcoin.

The club is a reincarnation of the Tokyo Yellow and Eleven nightclubs. It has a beautifully ornate and elegant interior design, and the club attracts partiers from all over Tokyo and beyond. According to the club website, “Berg” means mountain in German, and refers to reaching a certain elevation. It appears as if the club has reached an elevated sense of finance, with Ver tweeting that it has started doing business in Bitcoin.

The first night club in Japan now accepts bitcoin! They even have a bitcoin ATM. http://t.co/N3MuAKqWmo @coincheckjp pic.twitter.com/2JdtoTcfLA

Overall, there have been a few restaurants and nightclubs, as well as retail establishments, that accept Bitcoin, and the number of these businesses continues to grow. Two known clubs that deal in Bitcoin called hackers bar and Awa bar. This is good news not only for Japan, but the world.

With Bitcoin Jesus helping spread the word of cryptocurrencies, Japanese businesses accepting them on a daily basis, and the hip technocratic youth culture becoming strong adopters of cryptos, everyone can only expect Bitcoin culture to grow. If there is any place on earth willing to dive headlong into digital currencies−besides places that have had their financial systems wrecked by governments−the land of the Rising Sun is that place.

Do you think Japan will grow as a Bitcoin giant? Let us know in the comments below!