Bitcoin and the blockchain is entirely different technology. Not like the standard financial payment systems of the past. Bitcoin doesn’t hold you credit or debit information. The blockchain doesn’t need your address or even your name. Bitcoin can be used in a multitude of fashions and the wallet Circle Financial added NFC technology through Droid devices this year. OneBit, another BTC wallet has entered its alpha stage which brings NFC implementation to virtually any credit card. This company along with BitPay has been a leader in motivating point of sale services in the crypto space.

Apple Pay rolled out in the UK last week with an unexpected surprise. Users with paired phones and watches according to a report by London July 17 having been getting double charged. The question remains is Apple Pay a centralized server really a disruptor of the old financial system? 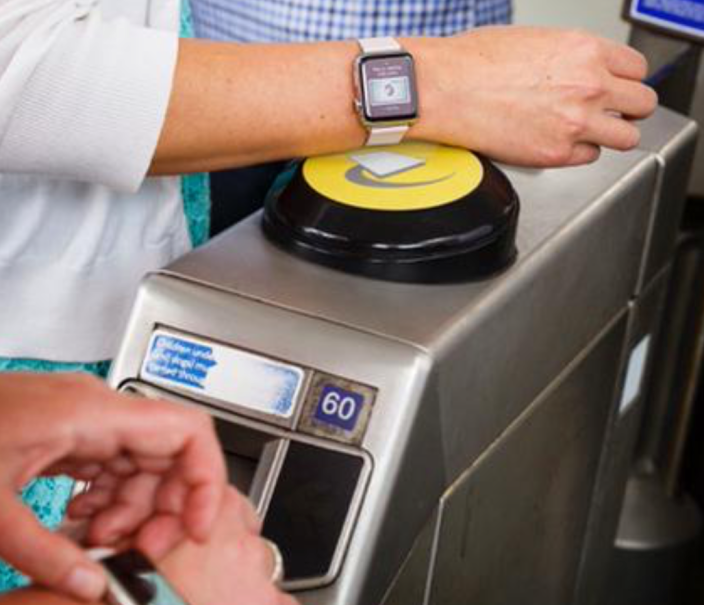 Apple Pay introduces contactless payments through its server holding your credit-debit information. The system much like its counterparts the credit cards offer no exclusive features besides being contactless. Apple’s so called innovation is based on two things: 1] the popularity of Iphones is always growing. 2] the phones and watches use standard NFC technology and encrypted chips.

With Bitcoin paper payments can also be made. A service called Bitaddress.org can generate a random key set for its users to create multiple bitcoin paper wallets. With this feature Bitcoin can act exactly like cash. Apple pay has no way of being this pseudo-anonymous, no cash like feature will be coming in the near future. If it did, surely it would be patented and not at all open-source.

Bitcoin is completely decentralized. Centralized banks, and credit card services can be frozen, just ask Greece. The blockchain never glitches or stops working like Wall Street. It runs 24/7 with no issues like users being paired together. Its fees are currently the lowest of any payment system in existence. Just last year millions of dollars were sent for the low fee of 4 cents. Apple Pay cannot say this as it charges its financial issuers heavy fees causing some banks to push Apple away from its merchant services.

When Apple pay started in the UK last week it limited its transactions to 20 pounds, in some cases some people were allowed 30. Bitcoin does not limit the amount of transactions or wealth you can send. It is entirely reserved on your behalf (unless you hold it with a third party) and will always work for you. Apple also outlines a number of requirements for its UK user base. Bitcoin has no restrictions like this in its protocol, wherever the cryptocurrency is accepted it works. When it comes to financial disruptors Apple clearly follows the old ball and chain financial system of the past. It is very much tethered to it, and most likely will always be. Apple is known for being ‘patent-hounds’ in the industry and very closed-source.

Is Apple Pay a medium of Innovation? Let us know in the comments below.

Images courtesy of 9to5Mac and Crypto-graphics.com