After many attempts to debate the current block size consensus developer Gavin Andresen and Mike Hearn have forked Bitcoin Core into a patch called Bitcoin XT.

Once XT 0.11A is launched (which will include the bigger blocks patch set by Gavin and myself), there will be a separate git branch that is Core 0.11 + only those patches and nothing else.

Bitcoin XT is a project set aside from the core network lead by Hearn. The Core code and XT are very much the same in character, however the latter is used for a test net for changes in the code. Implementations such as block size and the relaying of double spends can be be added. The two software forks can work together although the consensus in XT has changed its block size. 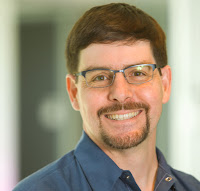 Andresen has recently proposed to hard fork the Core code to the XT version via sourceforge. He would like the community to adopt the patch with its changes to block size and come to consensus with its protocol. Either core will have to adapt to the process or just step aside and let XT take the reigns. From the XT readme shown on Github the description tells that the code is more “experimental” than Bitcoin. On XTnodes.com it gives a full description of “ Why Use Bitcoin XT?”

XT includes a bunch of other changes aside from blocksize that are also controversial.  If you’re wanting bigger blocks, you are already on board with a change that is considered so controversial it must not happen, according to the Bitcoin Core developers. So you may wish to think about what “controversial” actually means, who gets to label something as “controversial” and how much you care about their opinions.

XT currently has roughly 90 nodes in propagation and nodes are used by the team Lighthouse to check if pledges are valid. Nodes in the network are completely compatible with the existing core node structure. XT changes do absolutely nothing to the current core protocol, in time though they will not be compatible and consensus may move to this version of the blockchain trail. 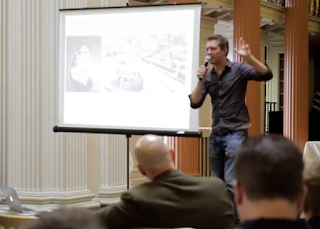 Gavin’s proposed increase to Core for March 2016 is a 20mb increase in block size. Hearn has a unit test comment saying XT will have an increase of 8mb and doubling every two years. Jeff Garzik’s BIP 100 and 102 block size proposal is far smaller in increase. Garzik says: “This [BIP 102] is an alternative to BIP 100, as a fallback if other consensus is not reached. It allows for limited experimentation to explore a size increase without going overboard. But it’s not flexible, probably requires another hard fork, and still is an arbitrary [economic] policy not informed by the market, so inferior to BIP 100. However, having a minimum-agreed backup plan is better than no plan at all.”

Unit test and code for a bigger-block hard fork. Parameters are: 8MB cap … doubling every two years (so 16MB in 2018) … for twenty years … earliest possible chain fork: 11 Jan 2016 … after miner supermajority … and grace period once miner supermajority achieved — The activation state of the fork is stored in the block tree database; it is written when the threshold is met (and unwritten if the threshold block is re-forked out of the best chain), and read at startup.— Code review and bug fixes by Mike Hearn.

According to “Why Use Bitcoin XT” the patch has principles the developers believe are important:

One of the things we’ve been working on that will also launch with the new XT is a manifesto that lays out principles we consider to be important. These are how XT differentiates itself from Core. The other changes in XT all follow those principles, so you can read them and evaluate whether you believe those principles are controversial or common sense. If you believe the latter, you should have no worries about the other patches.— Mike Hearn 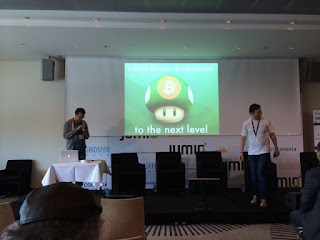 The debate continues everyday with someone giving their subjective valuation of whether or not the code should change. It seems raising the block size has become a pretty big deal. There are those that think the entire change to the protocol is not that alarming and it should be adopted. Mike Hearn and Gavin Andresen do not think the increase should cause for such alarm and are proceeding with Bitcoin XT because consensus cannot be met. However the hope is consensus will meet for a full adoption of XT by the community or a copy of its concepts via Bitcoin Core.

What do you think of the fork Bitcoin XT? Let us know in the comments below.

Images courtesy of InsideBitcoins and Redmemes