Mike Hearn decided to clear the air as he made public a chat between Gregory Maxwell and himself. A popular reddit post called “Thank You Mike Hearn” had found its way to the front page with what seems to be a copy & pasted debate between Hearn and Maxwell arguing over Bitcoin scale.

“It was well …. understood that the users of Bitcoin would wish to protect its decentralization by limiting the size of the chain to keep it verifiable on small devices.”

Immediately following is a response from Hearn who seems upset throughout all of his responses. Hearn says that it was “something you invented yourself” in reply to the to the limiting for small devices. After this statement Hearn reaches into the vault of Satoshis words located in the Satoshi Nakamoto Institute. Quoting Nakamoto’s words in defense to Maxwell belief that Bitcoin was to remain limited. The quote reads:

“At first, most users would run network nodes, but as the network grows beyond a certain point, it would be left more and more to specialists with server farms of specialized hardware.”

Hearn continues to describe Satoshis words and interpretations of Moore’s Law and streaming video. At which point Hearn tells Maxwell that he’s been working on Bitcoin longer and that Maxwell’s statements are an attempt to falsify the original intent. He continues saying “this is not a personality cult” and that the work on Bitcoin was to be a shared vision.

“I have been both working on and using Bitcoin for longer than you have been around, Gregory. Please don’t attempt to {expletive] me about what the plan was.

And stop obscuring what this is about. It’s not some personality cult – the reason I keep beating you over the head with Satoshi’s words is because it’s that founding vision of the project that brought everyone together, and gave us all a shared goal.”

The lead developer of Bitcoin XT the alternative blockchain to Bitcoin core said if Satoshi did say from the start that he intended for the protocol to never scale. “then I’d have not bothered getting involved. I’d have said, huh, I don’t really feel like putting effort into a system that is intended to NOT be popular. And so would many other people.” He continues to tell Maxwell that he means what he says and that he is not “wrong” concerning this matter. 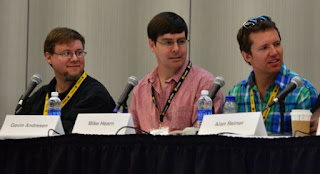 This is where the the reddit post really gets heated. In a statement apparently made directly to Hearn and core developer Gavin Andresen, Maxwell claims “market failure results from you and Gavin years long campaign to ignore problems in the mining ecosystem” In reply to this jab Hearn denies the claim entirely. Calling Gregory “crazy” to say that Gavin and his work on Bitcoin has been “insanely toxic”. Hearn clearly upset says:

“Gregory, you are getting really crazy now. Stop it. The trend towards mining centralisation is not the fault of Gavin or myself, or anyone else. And SPV is exactly what was always intended to be used. It’s not something I “fixated” on, it’s right there in the white paper. Satoshi even encouraged me to keep working on bitcoin before he left!” 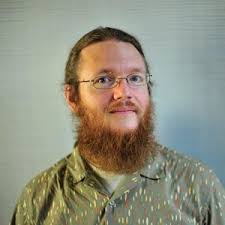 When finishing this intense comment Mike tells Gregory to go and build his own altcoin. Telling him to call it “GregCoin” and implement features that can only be verifiable by small devices. He tells Gregory to make sure he tells his coin community all the details and that the scale will never change. When the community asks to up the capacity that he will have to send out emails to the users saying “no, GregCoin is meant to always be verifiable on small devices, that’s our social contract and it’s written into the consensus rules for that reason”. Mike signs off the post letter style saying:

“But your attempt to convert Bitcoin into that altcoin by exploiting a temporary hack is desperate, and deeply upsetting to many people. Not many quit their jobs and created companies to build products only for today’s tiny user base. My list of “things a full node is useful for” wasn’t ordered by importance, by the way.”

It seems the inner fights continue about the radical change in the Bitcoin protocol. Developers are currently at odds. This hard fork proposed for March 2016 is truly becoming a “fork in the road”. Many wonder if everyone will come together in the end to do or not do this change. To change the code or not? That is the question on everyone’s mind. Eventually a decision will be made.

Do you think consensus will be made by March 2016? Let us know in the comments below.