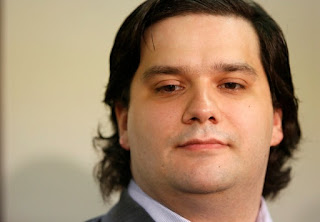 w defunct MT Gox exchange. Japanese reporter’s record the event as Karpeles was put into custody by authorities. Reporters go live on camera and release the ‘misguided’ news to the public. The statement:

Here is the tell-tale sign of medias problem with the virtual currency. They just can’t get it right. Constantly pouring out misinterpreted information and opinions to the public so fast they don’t even taste the words they spit. The mistake about Mark Karpeles being the “CEO” of Bitcoin is just one of the many falsified reports or blatant errors made by mainstream media. There is no CEO of Bitcoin. This could come off confusing to anyone who hears this from the media and could tarnish the image of the protocol. Karpeles was the CEO of an exchange that worked and traded with the digital currency. He didn’t own it, create it, nor ran the code as a company. Mark Karpeles is not the CEO of Bitcoin, and this mistake is often made so much what it really does is tarnish the name of journalism.

Since the compromise of MT Gox, reporting of this incident was widely misinterpreted because of serious misinformation given by mainstream media. The hack itself was to an exchange and a service that used Bitcoin. But immediately following this exchange hack or inside job, the media outcry was “Bitcoin Was Hacked” claiming the protocol itself was compromised. This was reported so much and literally every time an exchange has been hacked. From Mintpal to BTER and all the other service losses the reports have said that Bitcoin itself was hacked and not the service. To this day I find people who are just hearing about cryptocurrency and say to me “Wasn’t that Bitcoin Hacked?” The answer is NO. Bitcoin has never been hacked or compromised to date and will have to be challenged by more than just petty thieves. 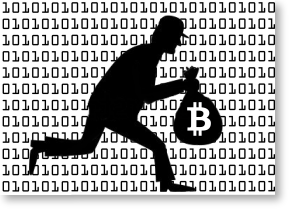 “Bitcoin Is For Criminals”

Another media folly is the reporting of the Silk Road case and other illicit activity that has been involved with Bitcoin. The report ties Bitcoin to all shady and illegal activity regularly. As if the only use for Bitcoin is the black market. Bitcoin is used for the Black Market and and the White market and everything in between. The best thing about bitcoin is that it can be used both very privately and can be very transparent as well. For years the media has portrayed the virtual money as the “currency of criminals” and that’s not true at all. Misinformation like this is very misleading and seems to be the theme song for media these days.

A really funny one is the portrayal of Bitcoin’s death. Through the ups and downs of its price and the hacks of services it seems Bitcoin has been to the funeral home quite a lot. The CryptoCurrency has died literally over 27 times through the voices and written words of mainstream media. The number of deaths might not even be correct. I never fact checked this one because it’s all a lie and a blatant misrepresentation of Bitcoin. The currency is alive and well and has never “died” or seen demise. In fact through out the price busts and rises the crypto has been vigorously strong throughout. In fact it’s not even the end of the year and Bitcoin2015 has had more VC capital injected in it than last year. The blockchain, Bitcoin and its surrounding economy has been the top investment this year up there with space travel and photo sharing.

Bitcoin is far from being dead but the media would love to have you think that. 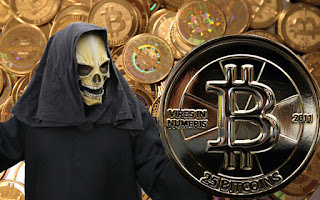 Whenever Bitcoin dies, especially in the years of 2013 through 2014 the media loves to look at China as the murderous culprit. In these reports and headlines it seems China’s influence over Bitcoin is phenomenal. It can kill Bitcoin with a statement made by the People’s Bank Of China the country’s central bank. If China’s banks say they don’t like the digital currency, Bitcoin dies in black and white text and in the media’s voices nearly every time. They’ve done this so much that many people have been convinced that China has killed Bitcoin, or has the power to do so. Yet the region doesn’t have this power, never did and never will. Its the media who would like to make you believe it does. Even reports ironically stating that China has killed the virtual currency, following statements of this absurdity say that close to 80-90% of transactions are traded in Yuan. This cannot be confirmed as true, but yet it’s a headline story coming from the mouths of the same media calling Bitcoin dead. Dead by the hands of China they say. 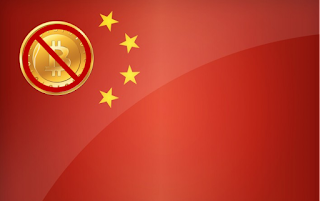 The point of this story is there is a lot of mainstream media manipulation of the Bitcoin story. All of us need to relay facts and research heavily. This should be said for any subject, but especially when we are trying to find mass adoption in the land of Bitcoin. An exodus into adoption of BTC will be difficult if there is misleading headlines being broadcasted daily about the currency. Mainstream media has relentlessly done this with all sorts of vital information in the past. Subjects controlled by media, owned by the corporations and governments. Bitcoin scares these entities and they use their media propaganda to confuse and alter the argument knowing quite well that Bitcoin is better.

Bitcoin is better. It has no “CEO” or owner. There is no central authority. Its never been hacked and truly will take breaking the laws of the universe to crack SHA256 encryption, that and massive quantum computing. The protocol has never been compromised this way and has never died. China has never killed it. Bitcoin is better and stronger than ever.

Do you think mainstream media can report a Bitcoin story? Let us know in the comments below.