It is no secret that children are being confronted with technological advancements at a very early age. According to a recent study, as much as 20% of American parents will buy electronic gadgets for their children when they go back to school in September. Rather than buying calculators, children will receive smartphones, tablets, and even laptops. There is a better way to target this market in terms of Bitcoin awareness than right now, as these children could very well be the future coders of blockchain technology applications. 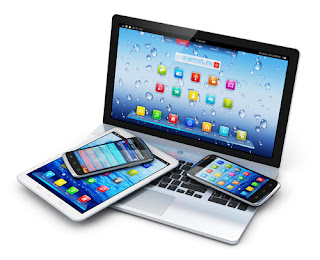 Whether people want to admit it or not, the educational system is changing as teachers embrace technology more and more. As a result of that stance, children are being introduced to various degrees of technology at an early age in the hopes of stimulating interest in figuring out how devices work, and creating a new wave of developers.

Due to the fact that young children are confronted with these technologies, parents will need to change their back-to-school shopping habits as well. Granted, there will always be a need for backpacks, lunchboxes, and even crayons, but more and more parents are planning to purchase high-end electronics for their little progeny.

Even though these high-end gadgets are not mandatory for children to complete their classes successfully, it has somehow crept into the parents’ mindset these electronics are a must. Both tablets and laptops can have a certain level of educational use, but there is no reason for a seven-year-old to walk around the playground with a smartphone.

Various US schools are trying to ban smartphones from classrooms at an early age, as teachers feel these electronics are only distracting children. In fact, some industry experts go as far as saying that smartphones are disrupting the educational system altogether. Whether or not further regulatory measures regarding smartphones at school will have to be taken, remains to be seen, but there is certainly room for debate.

Despite the schools taking a negative stance towards the growing number of smartphones in elementary school, parents keep buying these devices for their children in order to enrich their educational experience. This is just another example of how our society has been focusing more and more on consumerism, in which everyone is pushed to buy more things at higher prices.

There is a case to be made in favor of smartphones in elementary school, though, and that is how these devices can bring an additional sense of security to the table. Children can remain in touch with their parents with a few taps on the screen, and parents can monitor their child’s location through the smartphone. However, that isn’t an excuse for the brainwashing US parents have undergone in the past five years.

Tablets and laptops, on the other hand, have a clear use case in terms of education purposes. Especially for schools looking to introduce young children to the world of coding through interactive learning, both laptops and tablets are an integral part of the process. Plus, both devices can be used to great advantage when it comes to taking notes or drawing. The saying “our children are our future” holds a lot of merit in every meaning. Especially when Bitcoin enthusiasts with a new breeding ground to spur on blockchain development.
considering the connection between young children and electronic devices that seems to become a norm more than an exception these days. Such a paradigm shift could provide

Keeping in mind these children have either a tablet or laptop at their disposal – in most cases that is – there is no better time than now to focus Bitcoin-related educational efforts on this demographic. Coding is all about having fun, and figuring out how things work while spurring a new wave of development at the exact same time.

Decades will pass before the Bitcoin community will be able to fully unlock the technological potential provided by the blockchain. In order to achieve that goal, many more developers from all over the world will need to be educated on both Bitcoin and blockchain technology. Such an educational effort could benefit from starting at a young age, as the future generation of developers will be making their way to elementary schools around the world in a few weeks from now.

Explaining Bitcoin and the underlying blockchain technology to adults is hard enough as it is, part of which can be attributed to the technology and services they have grown accustomed to since childhood. Influencing the minds of young children on how Bitcoin and the blockchain can play an important role in the lives of everyone on this planet. This might just be the boost the disruptive digital currency needs to gain mainstream adoption.

What are your thoughts on young children taking high-end electronics to school, and can Bitcoin benefit from this trend? Let us know in the comments below!